The future of Ipswich’s libraries remains in limbo as councillors on the City Management, Finance and Community Engagement Committee squabbled over two strategies yesterday.

The first strategy, the ‘Distributed Network Model’, details city-sized libraries in the CBD, Springfield Central and Ripley, a smaller Rosewood branch and collection kiosks across the city.

More, Redbank Plains Library would either be repurposed as a community hub, have its collection reinstated or close, with Redbank Plaza likely closing.

Bellbird Park mum of three, Harriet Gibson, said she would go to Springfield if Redbank Plains closed but collection kiosks were not kid-friendly.

“Kids, they need physically to see those books to bring the excitement into their lives,” Mrs Gibson said.

“Just having them online to be picked up from somewhere, that doesn’t work.

The ‘Hubs and Spokes Model’ details a flagship CBD library with provisions for extra smaller branches as the city grows.

“Learning to read and write is done in schools and they have their own libraries,” Cr Morrison said.

But Cr Silver said council must invest in education.

“Libraries are an integral part of a smart community,” Cr Silver said.

“They are the building blocks and foundations for our children to actually learn how to read and write”.

About 25,000 books have already gone from Redbank Plains’s collection destined for Springfield Central, a move contested by Cr Ireland.

Refitted in their place are computers and marketplace style book displays.

Redbank Plains mum of six children aged 4-17, Keldene Weeks, said her kids refused to visit the library two blocks away with nothing there for them anymore.

“This is not a library”, Ms Weeks said.

“It doesn’t have that community vibe.

“Now, it might well be a shop and they should be selling the books,” she said.

“If I hadn’t of had that, they wouldn’t be at the level they are now,” she said.

“I think my children’s teachers would stand by the difference they would see between children”.

Both strategies were sent back to the Library Working Group. 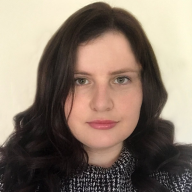